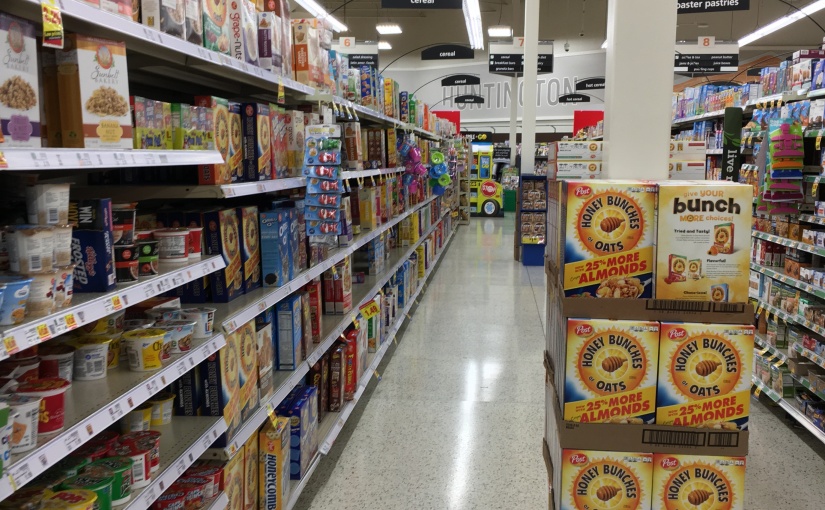 Coming home after an extended period overseas can be an emotional shock. I should know; this is my third time doing it. After just 10 months in Southeast Asia, I’m returning to the USA with fond memories and a fresh perspective of my own culture. Re-entry shock is real, but the adjustment is a little easier this time.

There was no down time my first week back. I hadn’t driven a car in almost a year and suddenly I’m merging into Beltway traffic at 55 mph. With people cutting in front of me, rushing to get somewhere, I gripped the steering wheel in fear. It’s not that I forgot how to drive; I’d just forgotten how to be aggressive. Driving in the DC metro area is not for the faint-hearted. I needed a break, so I walked to my local Starbucks where I could sit and relax. In Laos, sitting in a coffee shop alone was something I learned to enjoy. Here, nobody said hello, not even the server. It was all a business exchange. Even though I was dining in – do we say that any more? – I was served in a paper cup with a plastic lid I didn’t use, and a plastic fork for my muffin. I thought the USA was a developed country! Laos was way more advanced in terms of ecologically-sound practices. In Laos, I was served in a ceramic mug and used real silverware. Typical American consumer habits have appeared to me in a new light.

Re-entry is easier when you can see your own country as a tourist. I drove 400 miles to visit my mother at her home along the Ohio River. That area of the United States is its own micro-culture. I used to be shocked by the amount of personal space that strangers seem to need when interacting there. At the gas station minimart, people apologize for bumping into one another when they are five feet away. You can imagine what the supermarkets look like: vast caverns of choice. My first visit to a Kroger left me overwhelmed by the sheer size of the place. Shoppers pushing supersized grocery carts could pass without a bump. Several long, wide aisles were devoted to nothing but breakfast cereal. Who needs a mile of options?! In Laos I was lucky to find one familiar grocery item in the local market. At Kroger, rows of open refrigerators offered up frozen fish, chicken, pork chops, cut green beans, packaged waffles, and frozen items I’ve never heard of.  Who buys those things?! I reached for some gum while waiting in line at the cash register. The man in front of me jumped as if I were a snake in his peripheral vision. “Oh sorry,” I apologized. I have to re-learn the cultural rules of shared physical space.

It helps that I’m returning to the same house, with the same people living in it, in the same neighborhood. My husband has kept the grass cut short, and my son has reorganized all the bookshelves. I’m rediscovering the luxuries I once took for granted: hot water in the kitchen sink, a garbage disposal, ice cubes directly from the refrigerator, and mail delivered to the front door! I’d almost forgotten how much I love cool morning walks in the neighborhood. Petunias, roses, daisies, and black-eyed Susans punctuate the perfectly-manicured lawns. I admire tall trees in the woods. Black squirrels. Deer. Couples walking dogs. “How was it?” my neighbor asked enthusiastically my first morning back. I knew to expect this question, but I wasn’t quite ready to summarize an entire year into one short answer. The first time I returned from overseas, conversations rarely got past “What did you eat over there?” I knew to have a pat answer ready. “Great!” I managed. “I’m jet-lagged but it’s good to be back!” 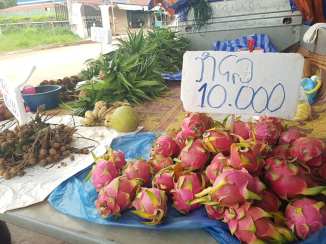 Already I miss the fresh food from Laos – the pile of leafy greens that arrived for each delicious shared meal with new friends. I miss the smell of ripe fruit sold on the side of the streets – pineapples, bananas, dragon fruit, rambutan, mangoes. I miss riding my bike past families whose living quarters spill outdoors each evening when the air cools down. I miss seeing Lao students in their neat school uniforms, monks in orange robes, smelling of incense from the temple. I miss Lao music and the sound of roosters waking me up in the morning. I miss frogs singing at night. I miss the pointed roofs of ordinary houses, with a bird sitting at the peak, chirping to the world. I miss colorful  sunsets on the Mekong. I miss meeting people from other countries in my everyday activities.

In Laos, I was used to being the outsider. At first I struggled with it. Then it became part of my identity. As an older woman and a teacher, I got instant respect. I liked being treated with deference. But until all my paperwork was signed ceremonially, my affiliation with the U.S. Embassy got me nowhere jobwise. That was okay; I learned firsthand that Lao people are very warm, welcoming, and friendly. The Lao bureaucracy, however, is mind-boggling. I learned to separate the Lao people from the Lao government. I was happy that this particular lesson was reciprocated. My best experiences were when I could relax and be myself, not an official representative of the U.S. Department of State, as my business card declared. Upon reflection, I see now that in reality my personal and professional lives could never truly be separated. It’s a little bit of a let-down to come home after being such an easily-recognizable “other” and treated well because of it.

Twenty years ago, when I came home after five years in West Africa, it was a much more difficult transition. We had to find a home, buy a car, and enroll our two children in an U.S. school for the first time. They’d both been in a French school. Outside the home, we’d been speaking French for most of their lives. Much of my culture shock then was related to relearning our own place in society. We were no longer the privileged American foreigners. We’d lost all our status the moment we stepped off the airplane at Dulles. Once while standing in line with my husband to pay for groceries, I made a negative comment to him about the woman in front of me, something about her clothing choice. She turned around and lit into me – angrily, rightfully. I felt terrible – I’d forgotten that English was no longer our secret language.

In the Peace Corps, they taught us cross-cultural awareness. In matters of culture, they said, there is no right or wrong – just different. In Laos, the neighborhood streets are buzzing after the sun goes down. People sear meat on open grills near the sidewalk, elders walk with babies on their hips as motorcycles zoom down the dirt road zigzagging around potholes. Children are playing, dogs running loose, chickens scratching, and loud music is spilling out onto the street. Some nights early in my Fellowship, this burst of evening activity just emphasized my aloneness. Later, I joined in and felt more alive than ever. In my neighborhood here in the DC suburbs, I take a walk on a warm summer evening and see nobody outside. Families are shut away inside their houses with the AC blasting and the doors closed – not even the dogs or the children are visible. I’m trying not to be judgmental; but how is the Lao way not so much better?

I expected to feel sad about leaving a beautiful country like Laos; I was ready to return home. Just as I once incorporated aspects of West African culture into my American identity, I now celebrate parts of Southeast Asia that are internalized within me. In Laos, for example, people don’t shake hands when greeting and taking leave. They place their palms together as if in prayer, and take a little bow while saying sabaidee. It is also the posture used to say thank you. I adapted to this tradition so well that it’s taken me three weeks back home to stop doing it reflexively. It is with this practice in mind that I re-enter my own country – buoyed by a rich, new cultural perspective, full of gratitude, humility, and an open mind. Sabaidee.