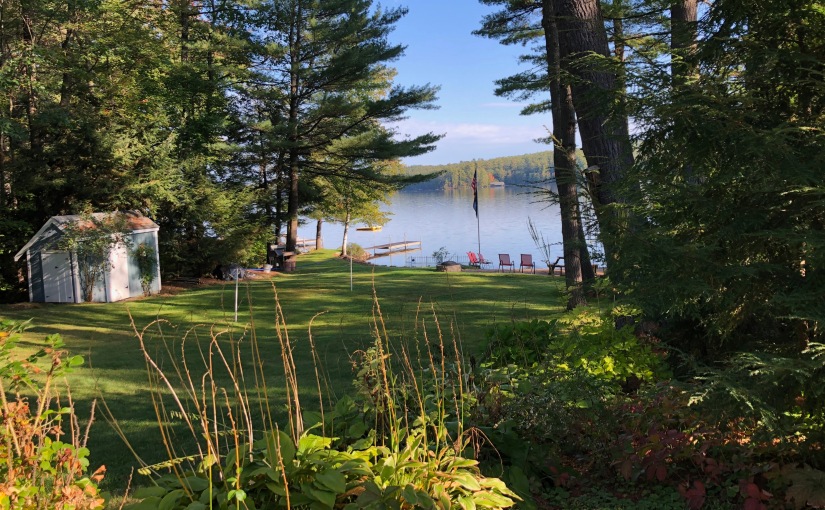 September was always my favorite month as a child. Now it flies by so fast that every attempt I make at capturing its beauty in writing fails. The gorgeous late days of September deserve poetry better than any I could write. The orange-yellow-pink sunrise over the Potomac River last weekend is etched in my mind and on my Facebook feed forever. The early morning air dehumidifies and greets us like an old friend. For the first time in months, outside feels better than inside. Too bad that September is one of the busiest months for teachers, and we have less time than ever to truly enjoy the changing seasons.

That’s what made my weekend trip to Maine so special.  Up north, it seems people cherish the good weather more than we do in the DC area. Maybe because Mainers live “the way life should be.” Maybe because the winters are so harsh, they enjoy the last heated rays of the sun that linger over lakes, coves, and bays. We took a motorboat into one of the many coastal waterways and saw a seal, some osprey, a kingfisher or two, and several bald eagles soaring overhead. It’s late September but my son and my husband went swimming in the Kennebec River with an old friend. I swam in a lake that I had just canoed across. Later, while I was bundled in several layers, hovering near a bonfire, true Mainers were wearing shorts and sandals, reluctant to acknowledge that summer was really over.

We spent part of the long weekend at a farm, where more than a dozen of my husband’s former Woodsmen’s Team classmates gathered. We had a tour of a self-sustaining farm, where they grow all the vegetables they eat throughout the year, and raise and butcher their own livestock. They have solar panels that make enough energy to sell back to Maine Power Company. They produce aged goat cheese and bake their own bread. They have engineered their own wheat threshers, made a fire pit out of an old tire rim, and grow peppers inside a greenhouse all winter. The farm couple clearly loved having the reunion at their place, but they never stopped working the entire time we were there. If that’s the way life should be, it is an exhausting way of life.

I think of the Great Outdoors especially fondly at this time of year as I commute 30 minutes to a climate-controlled school building where the only light I see all day is man-made. Teaching is like farm work in many ways – it’s just as unrelenting, it’s seasonal, with a schedule determined by some cycle that’s not quite in my control. The work is intrinsically rewarding, like farming, with its own harsh realities. It’s the life I chose, even though it keeps me away from the natural world that soothes me.

So now, I want to capture every beautiful outdoor moment. Because everything changes in late September, and not just the back-to-school busy-ness that takes over. The enjoyment of nature will soon become a luxury, and I’ll be happy to have an indoor job. Fortunately I have the ability to travel and see how other people live, and I have the weekends to reconnect with who I am during the good weather. 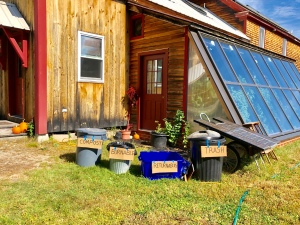 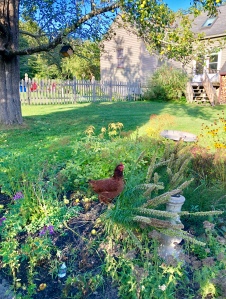